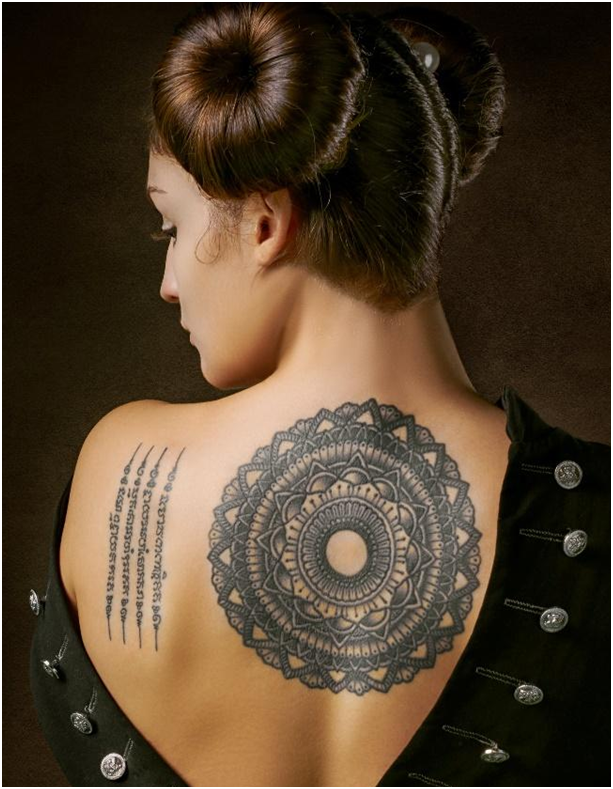 Every person comes to their tattoo with a different story. An individual might decide to get a tattoo as a part of the healing process, or might simply feel an urge, or need to decorate their body.

Tattoos can restore the energy. when someone might experience a blockage of energy around a particular chakra, by placing a tattoo near or over a chakra point the area can adjust and heal.

Call for enquiry and appointments…

The art of tattooing has been around for thousands of years. While it’s impossible to know the exact date of origin, 5300-year-old Oetzi the Iceman – an ‘in ice’ mummy found in 1991 – is the oldest wearer of tattoos. The history of tattooing began approximately five thousand years ago. It is as colorful and varied as the personalities who choose to wear them.

For many people today, tattoos have a personal, symbolic, aesthetic, ethnic, or cultural meaning, or are a statement of their individuality.

Tattoos not only reflects a state of mind but has an undeniable effect on their wearer at a spiritual level. It is an artistic creation that offers more than what appears to meet the eye.

Spirituality exists in a number of ways; sometimes it takes the form of moving meditation or creation, and other times it refers to finding balance. Through tattooing, people become better connected to themselves and better connected to their souls. It is understood that tattooing has been used as a means of protection and healing since ancient times.

A tattoo can be healing because it helps us to change our perception of ourselves. It can change the way we are perceived too. Undoubtedly, well-chosen images have the power to transform, empower and heal a person who chooses to wear them.

Tattoos can restore energy. When someone might experience a blockage of energy around a particular chakra, by placing a tattoo near or over a chakra point the area can adjust and heal. The power of the image is very impactful and creates its own powerful energy. We are connected to the energy pattern that we are and we wish to be.

The spiritual tattoos often hold deep meaning that tells about how a person thinks about life and god. There are many signs and symbols in various religions that are used by tattoo artists in Spiritual tattoos.